World Mental Health Day: If you're feeling depressed or anxious, you're not alone 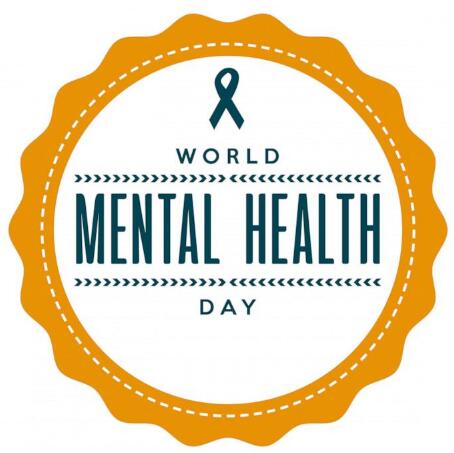 Shayla, a 22-year-old from Georgia, has had days during the coronavirus pandemic when she said it has been a struggle to get out of bed.

The part-time college student said she was out of work for a time due to restaurants being closed during the lockdown, and in addition to the financial stress, struggled with not being able to see friends and socialize.

As a person with an underlying health issue, she said she also struggled with fears about getting COVID-19 since she is at risk for complications from the virus.

"It has been very hard on my mental health," said Shayla, who asked that her last name not be used. "I had a lot of things to think about already and then COVID just added to it, so it was a lot of pressure."

Shayla turned to therapy to cope, the first time in her life she has sought professional help for her mental health.

"It was like I was just in this box and I didn't know how to get out of it," she said. "Mentally and physically, I was just exhausting myself."

Shayla is not alone in her mental health struggles during the pandemic, research shows.

In the United States, rates of anxiety and depression remain higher than they were pre-pandemic, according to data released this week by the Centers for Disease Control and Prevention.

Mental health experts have described the pandemic as a kind of "perfect storm" in negatively impacting mental health.

In addition to the fear, grief and anxiety around the virus itself, for many people the pandemic has brought on financial instability, job loss, isolation, additional caregiving responsibilities, uncertainty around school and work and related political disagreements.

"I've heard the pandemic described as a disaster of uncertainty because it seems like the finish line keeps moving," said Dr. Erica Martin Richards, chair and medical director of the department of psychiatry and behavioral health at Sibley Memorial Hospital in Washington, D.C. "And that makes it harder to come up with a plan [to cope]."

One study, published by the Kaiser Family Foundation in April, found that 55% of women across all age groups said their mental health had declined during the pandemic, compared to 38% of men. Another, published last month in Lancet Regional Health-Americas, also found women were more likely than men to report higher psychological distress during the pandemic, especially anxiety.

Richards, also an assistant professor of psychiatry and behavioral sciences at Johns Hopkins Medicine, said women's mental health has suffered disproportionately during the pandemic for a number of reasons.

First, even in non-pandemic times women are already two to three times more likely than men to experience a major depressive episode in their lifetime, according to Richards.

Then during the pandemic, women took on additional caregiving responsibilities and were hit disproportionately hard by job loss, data shows.

Women, and especially women of color, also faced more barriers to accessing support during the pandemic, according to Richards.

For some women, their mental health struggles may have played out during the pandemic in an increasing dependence on alcohol, or increased control over their food, according to Dr. Jessi Gold, an assistant professor in the department of psychiatry at Washington University School of Medicine.

Data shows that incidences of eating disorders and alcohol-related liver disease rose during the pandemic, particularly among young women.

"Those are easy coping mechanisms that people know work," said Gold. "There are ways that people can deal. And there's a lot of people who function to a point, until they can't."

Both Gold and Richards said they have seen an increasing need for professional mental health as the pandemic has continued on, at some points with seemingly no end in sight.

"Anxiety was the thing that emerged first for a lot of people because anxiety does not like uncertainty and that's what we've been dealing with during the pandemic," said Gold. "And the longer the anxiety goes on, the more people start to feel on the depressive side of things."

Warning signs that it is time to seek professional help for mental health include everything from depressive and hopeless thoughts to undesired weight loss or weight gain, suicidal thoughts, excessive feelings of worry, irritability and changes to sleep patterns. They key is to notice if any of those things begin to affect your ability to function in your daily life, according to Richards.

"When stress is becoming overwhelming, ask for help from a professional," she said. "That professional can come in a number of ways -- religious leaders or groups, OB-GYNs, primary care doctors. Those people should be able to, if not help, point you in the right direction."

There are also ways people can protect and strengthen their mental health on their own, tools that become even more critically important as the pandemic continues, according to Gold.

"There will be things that will continue to be frustrating about this experience," she said. "Things will be up and down and we have to have some acceptance about that. Just think, 'I'm just trying to do the best I can,' and that's where you have to land."

Here are five mental health-boosting tips from Gold and Richards.

1.Get plenty of sleep: "It's easier said than done but it makes a big difference," said Gold. "Sleep is all about routine, which is why as a kid it worked that your parents gave you a bath, put you in your pajamas and read books. It works the same as an adult, we just don't take time to do things like that."

2.Do self check-ins: "Ask yourself how you're doing and name the feelings and validate them and let them be something that you take the time to stop and acknowledge instead of powering through," said Gold. "Doing self-assessments like that can make you stop and say, 'I'm here, too. What am I feeling?'

Other questions Gold suggests asking include, "Have I been sleeping? Have I been eating? What have I enjoyed about the day? What's been hard?"

3: Keep the positives of the pandemic: "We have to embrace some of the changes that have come out of the pandemic," said Richards. "For some people, it was I can stay home, I can bake more, I can take a walk with my loved ones twice a week, I can go check on my neighbor."

"Everyone has to find their own balance, not only with what keeps them safe, but what really they find helps with their mental health as well," she said.

4.Say no when you need to: "It is sometimes important to really just say no and set limits," said Richards. "Even though that might seem difficult, you're actually able to help people more down the road if you're able to really take time for your own mental health first."

5.Do self-care you enjoy, not what you think you should do: "Look at self-care or coping skills as hobbies and things that you actually enjoy," said Gold. "So do you like meditating or are you doing that because someone told you that's the way to feel better? Figuring out what you like and what makes you feel better is more important than doing things you're told you're supposed to do."